American basketball star, Brittney Griner, has landed in Texas after she was released from a Russian prison in a high-profile exchange for a notorious arms dealer on Thursday December 9.

Griner, 32, who was arrested in Russia in February on drug charges, is expected to be transferred to a nearby military facility for medical checks. 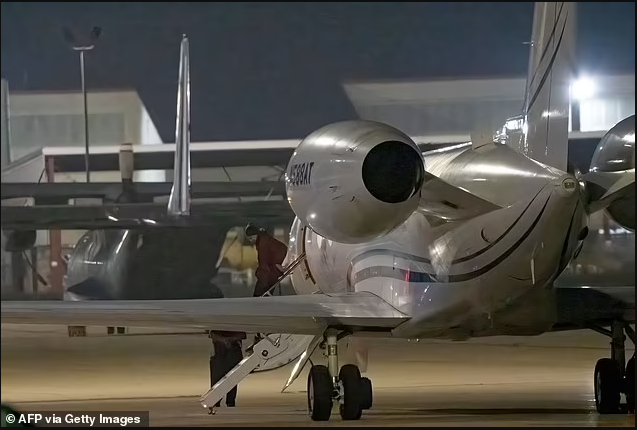 The WNBA star was swapped for ‘Merchant of Death’ Viktor Bout, 55 – who was serving a 25-year sentence in a US prison, ending what President Joe Biden called months of ‘hell’ for her and her wife.

Griner was seen getting off a plane that landed Friday at Joint Base San Antonio-Lackland in Texas, after flying from the UAE where the prisoner trade took place. 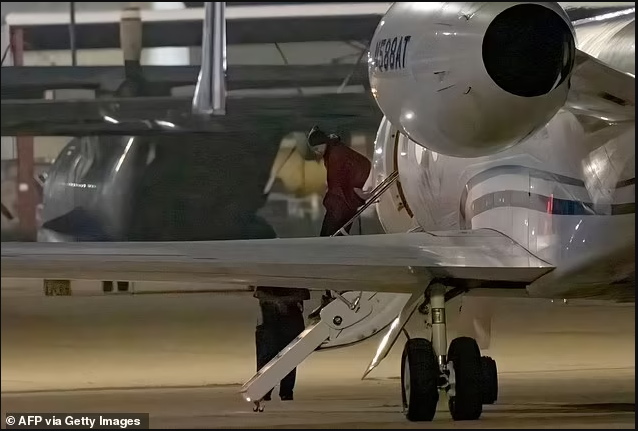 The deal secured the release of the most prominent American detained abroad and achieved a top goal for President Joe Biden.

However, the U.S. failed to win freedom for another American, Paul Whelan, who has been jailed for nearly four years, leading to criticism of Biden from his opponents. 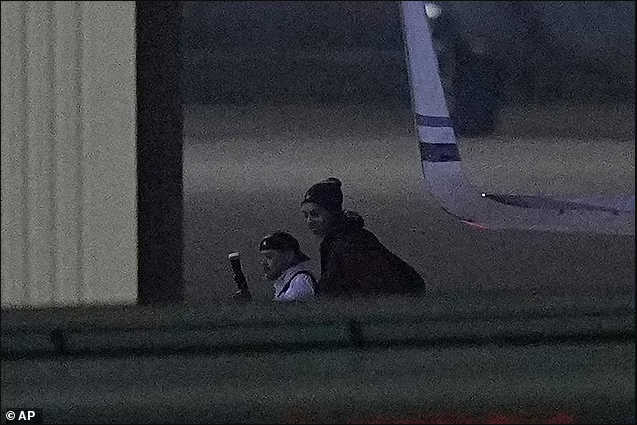 The athlete, who also played pro basketball in Russia, was arrested at an airport there in February after Russian authorities said she was carrying vape canisters with cannabis oil. Before her conviction, the U.S. State Department declared Griner to be ‘wrongfully detained’ – a charge that Russia has sharply rejected.

The Russian Foreign Ministry confirmed Thursday’s swap, saying in a statement carried by Russian news agencies that the exchange took place in Abu Dhabi and Bout had been flown home.

Biden spoke by phone with Griner. U.S. officials said she would be offered specialized medical services and counseling. 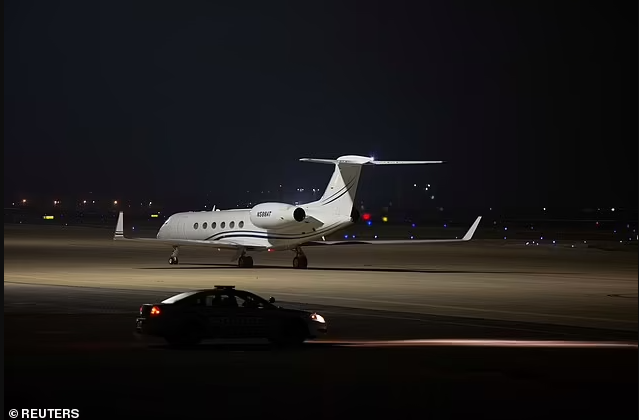 In releasing Bout, the U.S. freed a former Soviet Army lieutenant colonel whom the Justice Department once described as one of the world’s most prolific arms dealers. He was arrested in Thailand in 2008 and extradited to the U.S. in 2010.

Bout was serving a 25-year sentence on charges that he conspired to sell tens of millions of dollars in weapons that U.S officials said were to be used against Americans.