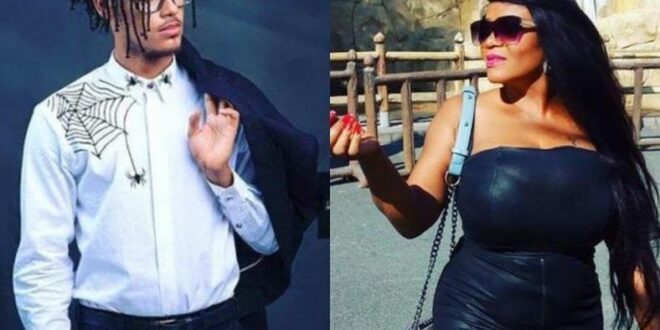 The former couple called off their engagement in 2020.

In a post shared via his Instagram page on Wednesday, March 3, 2021, the actor and model revealed that he decided to cover the tattoo after months of their breakup.

“After covering up some #tattoos on my body. And after months of not chatting not talking to my #ex she decided to get someone to hack my account though she couldn’t get my Instagram,Facebook and yahoo mail accounts just my gmail account and I lost almost all my contacts, though it’s cool I still got 2 more gmails accounts… #fuck #fuckmyex #ilovebeingfree,” he wrote.

It would be recalled that the former couple called off their engagement in 2020.

Both Orjiakor and Jurgen accused themselves of being violent in the relationship.

It was Abel who first alleged that the Nollywood actress always attacked him at the slightest provocation especially when she is drunk.

“Finally it’s over between Cossy and I after she got in a fight with me after getting drunk. This is what she did to me got bitten from different corners,” Jurgen wrote on Instagram with photos of his injuries on some parts of the body.

While reacting to the allegation, Orjiakor first told Vanguard News that her partner was seeking attention and denied inflicting the injuries on him.

Previous Get Up To 32% Discount with the GOtv Dey Your Side Promo this March!
Next Frank Rajah wanted to sleep with me for film roles – Actress claims (WATCH)

BBNaija 2021: Why I’m happy Angel and Pere are back -Whitemoney

The housemate who made the revelation during his Tuesday diary session, disclosed that he did …