The mother of a player killed in a tackle from a Queensland debutant says she can’t bring herself to watch State of Origin II.

Cowboys prop Francis Molo will debut off the Maroons bench. He made a shoulder charge on a Queensland Cup opponent, James Ackerman, in 2015 that proved fatal.

Shoulder charges had already been banned from rugby league when Molo delivered the hit. Though he did not strike Ackerman in the head or neck, the force of the hit caused an arterial rupture. Ackerman was declared brain dead and died in hospital at age 25.

His mother, Sonya Ackerman, told Nine’s Danny Weidler that she suffered PTSD from the incident and would not watch Molo’s Origin debut. She said that she had been angered when Molo discussed why he had not reached out to the family, saying he would only do so “when the time is right for me”. 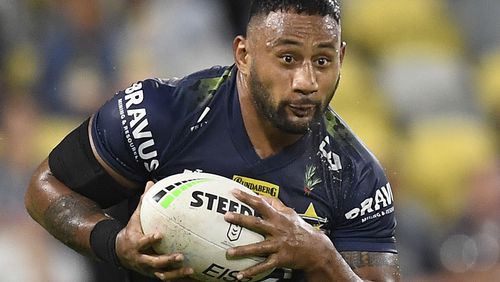 “We were absolutely heartbroken when we heard that,” she said, in Weidler’s Sun Herald column. “When the time is right for him … is it that hard to be a decent person. I know he is having the time of his life, but the impact of that shoulder charge we feel it every minute of every single day.

Ackerman left behind a son, Ollie, who is now nine. He keeps his room like a shrine to his father and is “suffering”, Mrs Ackerman said.

“Francis is a father and I would have thought when he became a dad he would realise the impact of his actions or words would have,” she said.

“I really struggle with the idea that Queensland could pick him … he gets to live a dream while we are involved in an ongoing nightmare.”