Don’t go anywhere… here’s all the team news ahead of our second game of the night.

The Waratahs have sprung a selection surprise by dropping tackling machine Carlo Tizzano to the bench to play the Hurricanes at the SCG.

“I think the times Charlie’s come off the bench for us, he’s performed really well and deserves his chance to start in a game,” NSW co-coach Chris Whitaker said.

“We’re looking for Carlo to lift the intensity at the back end of the game.

“Charlie has been doing it really well and we expect Carlo will do the same this week.” 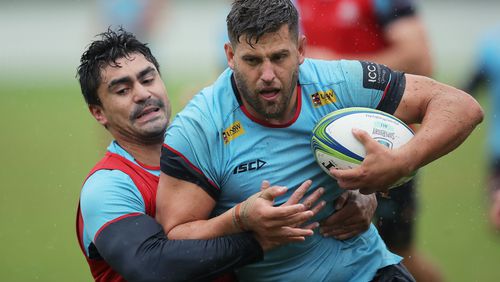 Five-eighth Will Harrison has recovered from his hamstring injury and is named on the bench as NSW stick with the in-form Ben Donaldson at No.10.

“I think Donno has played well in the past two games he’s started there, so he deserves to stay there,” Whitaker said.

“It’s great to have Will back, he’s obviously coming back from injury, but he’s done a full week of training so we’re going to bring him back off the bench.

“We have confidence in both those players and expect them to get plenty of game time.”

Winger Mark Nawaqanitawase replaces James Ramm, who dislocated his shoulder against the Rebels.

“James Ramm is going to be out for a few weeks so it’s a great opportunity for Mark on the wing,” Whitaker said.

“He’s obviously got some skills and hopefully he gets the chance to show what he can do out there.”

Winless in Super Rugby, the Waratahs have been written off by bookmakers as $501 no hopers. 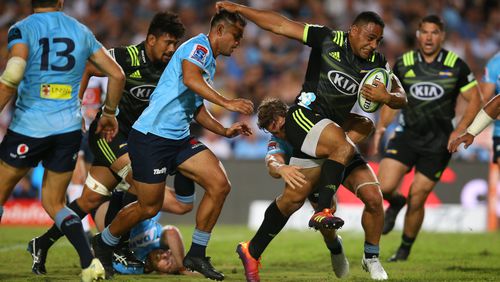 But NSW won’t have to deal with the headache of tackling All Blacks centre Ngani Laumape, who has been rested for the trip to Sydney.

Laumape announced this week that he will leave the Hurricanes for Stade Francais at the end of the season.

Peter Umaga-Jensen will wear the No.12 jersey instead while recently re-signed Test halfback TJ Perenara is unavailable after his Japanese club commitments.

Hurricanes coach Jason Holland said the decision to omit Laumape had been made before he announced he was Paris-bound.

“Nothing to do with it,” Holland said.

“We’ve always had a bit of a plan in place to make sure we get some new guys some game time. I thought you guys might see a bit of a conspiracy theory around that, but unfortunately there’s no story in it.”

LIVE: Maroons jersey on the line for teen star

All eyes this afternoon will be on Warriors teen star Reece Walsh, who has the …