Warriors coach Nathan Brown has confirmed playmaker Ash Taylor has been forced into premature retirement due to ongoing hip issues.

Taylor, 27, who was formerly one of the NRL’s highest-paid players on a deal worth close to $1 million per season with the Titans, joined the Warriors during the off-season after falling out of favour at the Gold Coast.

The playmaker in 2020 had operations on both hips.

“He’s definitely been struggling with his hip, he’s been through a number of meetings over that past few weeks… that’s (retirement) what it looks like it’s going to be unfortunately for Ash,” Brown said.

Taylor, a former Dally M rookie of the year winner, finishes up his NRL career having played 116 games.

He managed just one game for the Warriors this season. 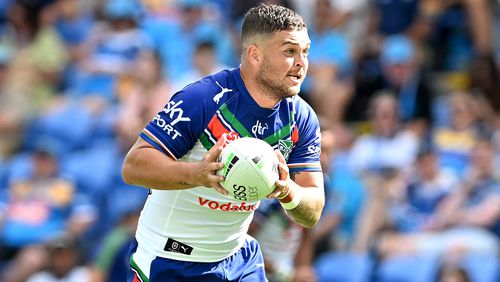 Previous Burna Boy, Davido, Wizkid Have Promoted Nigeria – FG
Next Flying into Beijing is tougher than ever as China ramps up its zero-Covid measures