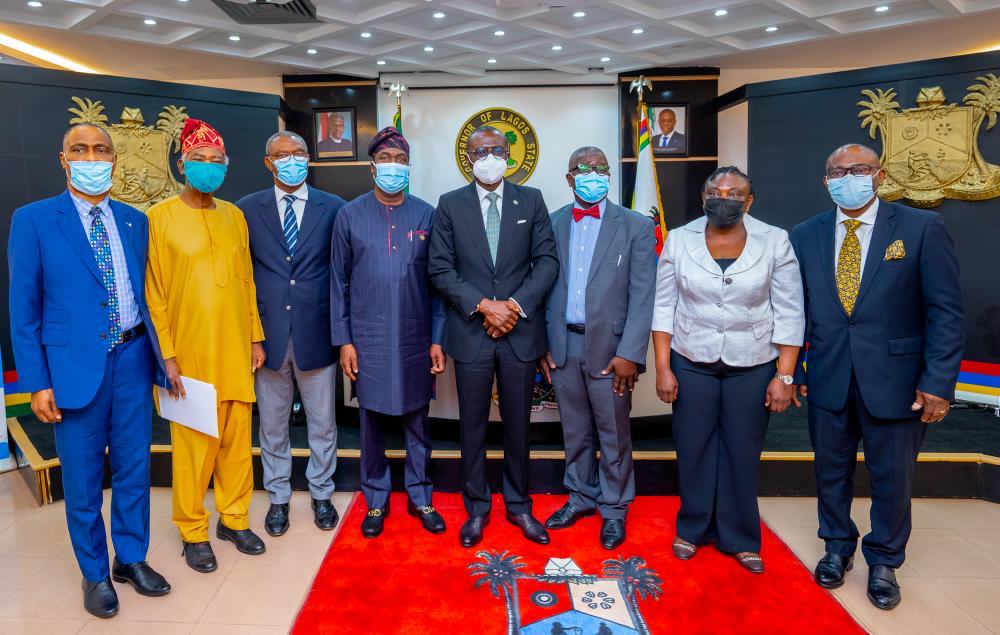 Speaking during the inauguration at the Lagos House, Ikeja, Sanwo-Olu, who is the Visitor to the institution, said that the panel would also look into other issues affecting the state-owned university.

Others are former Lagos State Solicitor-General and Permanent Secretary, Ministry of Justice, Mr Lawal Pedro (SAN), and a Director in the Office of the Special Adviser, Education, Mrs Funmilola Olajide, who will serve as the Secretary of the Visitation Panel.

He urged members of the panel to discharge their responsibilities with fairness, firmness and forthrightness to continue to ensure that LASU took its rightful place in the comity of universities.

“I want to thank you because we know that you are donating your time and intellect for the state government to be able to put a lasting solution to the current situation that we found ourselves in the appointment of a new Vice Chancellor for Lagos State University (LASU).

“As enshrined in the laws setting up LASU, the procedures for the appointment of a Vice Chancellor are clearly stated there and as the Visitor, my responsibility is to continue to ensure that fairness, firmness and forthrightness is emboldened in that process and become a process that is flawless.

“We have been hit by barrage of complaints and unimaginable issues coming out from it. And by the power that has being reposed in me as the Visitor, I need to step in to ensure that we put LASU on the proper footing again and ensure that it takes its rightful place in the comity of universities.

“This assignment will be very time driven. There is an advert that has gone out and which the general public are meant to respond to.

“Timeline has been stipulated and for the panel to thereafter review whatever has been brought forward to them and be able to make decision and recommendation to me.

“This is so that we can resolve the current impasse that we have and we can appoint a substantive Vice Chancellor into our university,” Sanwo-Olu said.

In his Vote of Assurance, the Chairman of the Special Visitation Panel to LASU, Prof. Bamitale Omole, thanked Governor Sanwo-Olu for finding members of the panel worthy of the assignment.

Omole promised to ensure that the assignment was done properly, promptly, and efficiently.

“I want to assure you, on behalf of the distinguish members of this panel, that we are going to give the assignment our best, not only in examining the issues but also in charting a way forward, so that LASU will continue to own its own in the comity of respected and respectable universities in Nigeria.

“In carrying out this assignment, I want to assure you that we shall be fearless, forthright and indeed very objective,” he said.

Disappearing Slang and Cultural Variants: How Australian English Is Changing

A Jewish-Australian Accent Reading your letter really resonated with me. Not because I am Asian-Australian …