England are 1-4 early in their record fourth-innings pursuit of 468 runs, after three-Test rookie Jhye Richardson removed Haseeb Hameed on the final ball of the second over.

Richardson found the edge of Hameed’s bat with a delivery pitched just outside off, which Hameed nicked to wicketkeeper Alex Carey as he shuffled at the crease.

“Extra bounce off the pitch, angled in, it’s the angle from Jhye Richardson into the right-hander, felt he had to play,” said former England quick Isa Guha on the Fox Cricket broadcast.

“An all-too-sorry score for an England opener.”

Former Australia batter Michael Hussey said during the tea break: “What a delivery”.

No team in history has chased a higher total than 418 to win a Test.

England will need to survive four sessions, including two under lights, to salvage an unlikely draw. 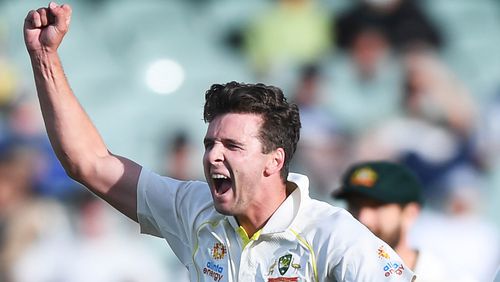 Previous Korean horror movie ‘Train to Busan’ is getting a Hollywood remake
Next Young man found dead in hotel swimming pool in Akwa Ibom, family claims he was murdered